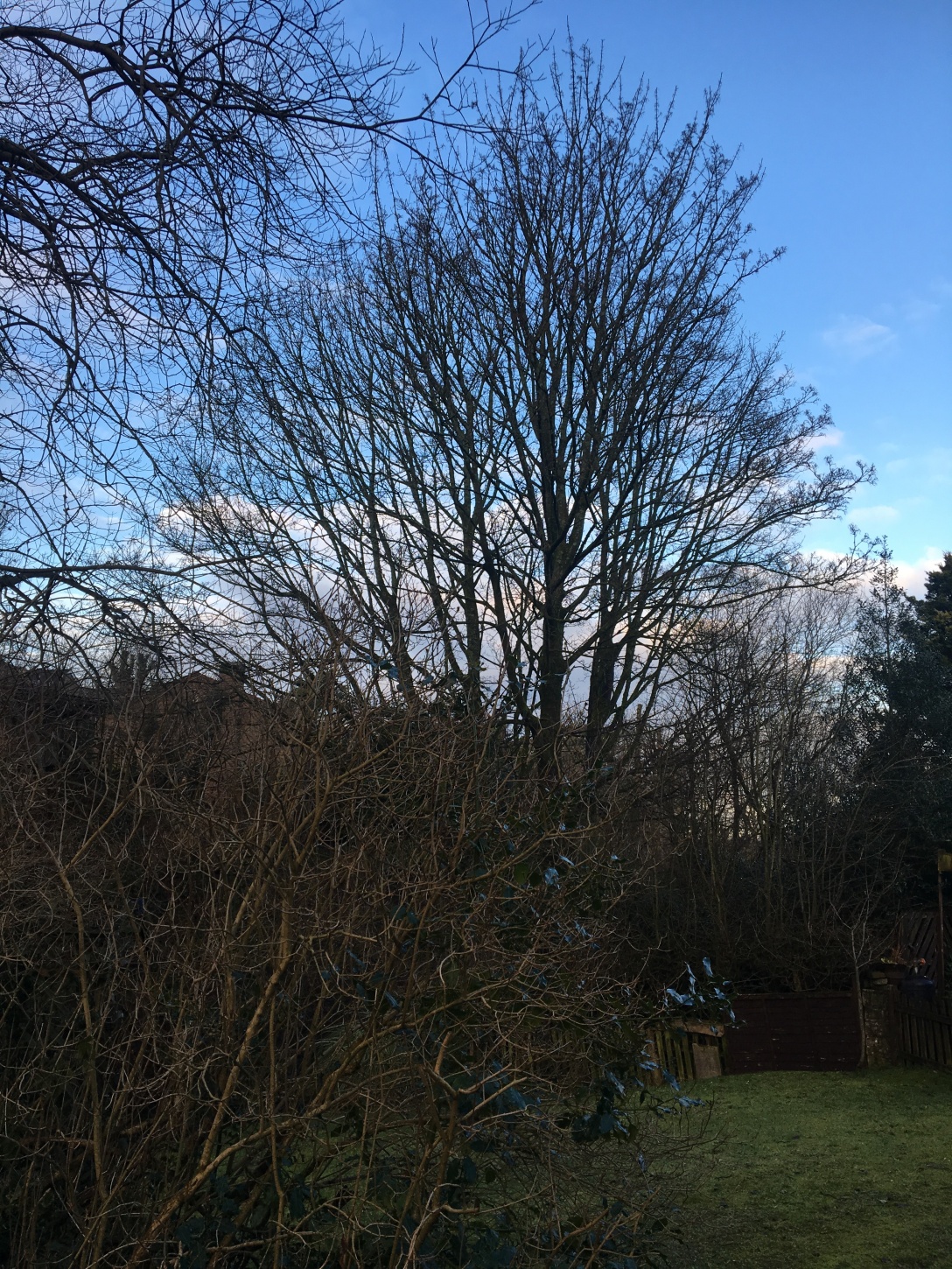 Early morning hours at the weekend have the capacity to be both beguiling and bewitching.  I have stood outside at 8am and experienced an entire hour accelerate in the blink of an eye; I have stood outside at 8am and felt the pulse of existence slowed to a state of stasis, where an entire world of perception and experience can be felt within mere seconds.

On this first Sunday of February, time seems to be playing one its early morning tricks, parting the veil of perception ever so slightly; just enough to peer into a world of wonder and get a glimpse of something intangible: something unknown that keeps the creative mind coming back time and time again.

As I stand here, with the day in its state of infancy, it is the colour of the sky that speaks to me, almost playfully, on this cold, crisp morning.  In fact, much less the colour, and more the hue.  A pure, undiluted light blue, it is beautifully muddied with little fluffy clouds, tinged almost imperceptibly with an orangey pink.

The overall effect is less a visible perception of colour, and more the radiation of a feeling, a sensation.  An occasional and casual glance at the sky results in limited depth of experience: blue, grey, white.  But my collective run of morning garden observations has rewarded me with a heightened sense of the different nuances that a sky can offer.  And today feels tantalisingly different.

The sky feels almost optimistic, and as long-tailed tits flit in and out of the bushes with an energy that’s visibly, noticeably renewed – so too, do I.

The weather is cold, and has been bitingly so for weeks, but today the cold feels vibrant, invigorating.  Not the bracing, sensation-led invigoration of sudden cold that wakes the senses with a jolt, but a cold that is playful and speaks more to the soul than the senses.  As I close my eyes and focus solely on my senses, I can almost hear the cold whispering the promise of impending spring and all the glorious earthy life that will arrive with it.

Overhead, a gull of some kind – a tern, surely – swims through this strange morning light, with a jackdaw suddenly in tow.  For a few seconds, they fall into a singular slipstream; guided into a lane marked out in the sky’s highways, that only they can see, sense or feel.

I watch as they swim the sky in unison, unconnected and concerned, yet part of the same infinite tapestry.  After what must be less than a second, but feels achingly longer, they divert as suddenly as they joined, carrying on their respective journeys of significant meaningless.

After a few moments of silence, I do the same, joining them in spirit, as my footprints stitch the tiniest of stories into this never-ending merry-go-round.